Launching this month, the Curatorial Council collectively determines the organization’s projects and exhibitions

Southern Exposure is pleased to announce the ten members of the inaugural cohort of the Curatorial Council, an artist-driven, collaborative research and project-focused group launching this month:

The Council is a flexible structure inviting new perspectives, experimental practices, and audiences into Southern Exposure. This major initiative represents Southern Exposure's renewed commitment to collaborate with and give greater agency to a truly representative community of artists in the Bay Area. It also honors our history and ethos, in which artists have led its creative vision since our founding in 1974 as a co-operative exhibition space.

This inaugural cohort of the Curatorial Council comprises three continuing curatorial committee members, staff representatives Imus and Maloney, and five artists selected from a pool of candidates nominated by community representatives. The participating artists think deeply about culture and community, work in a wide variety of media, are interested in audience and presentation formats as part of their practice, are deeply committed to arts communities of the Bay Area and the larger arts ecosystem, are cognizant of and responsive to the power imbalances in that ecosystem, and are invested in providing opportunities for emerging artists. 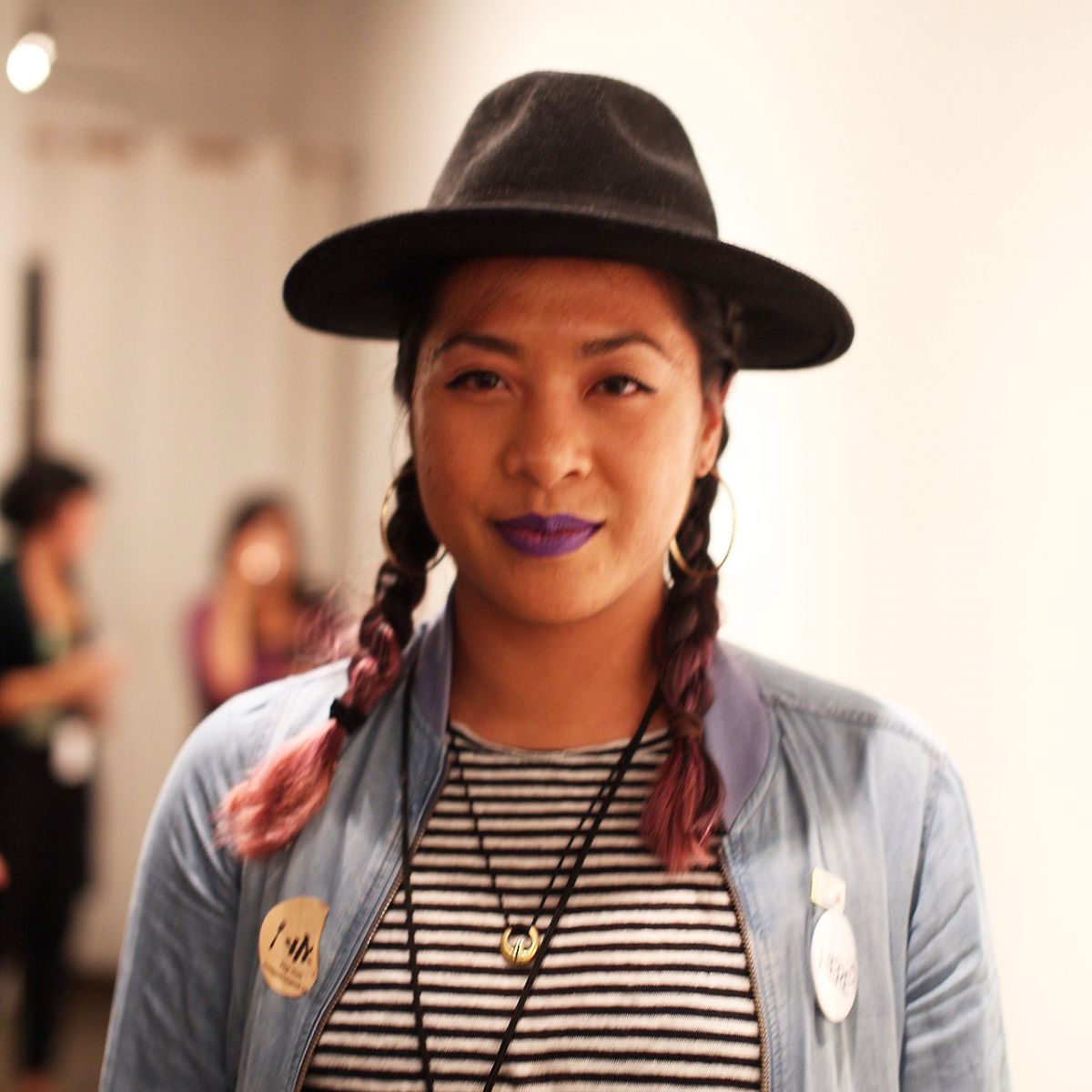 Kimberley Acebo Arteche (b. Silver Spring, Maryland) is an educator, cultural worker, and interdisciplinary artist working in photography, installation, social practice, and performance. Her work explores the hybrid cultures formed by technology, movements of immigrants in America, and the way movements through space and spaces have been affected by these two. Arteche received her BFA from the University of Maryland, Baltimore County, and MFA from San Francisco State University. She has been awarded the Murphy Cadogan Contemporary Art Award and was Kearny Street Workshop’s Featured Visual Artist in the 2015 APAture Festival. She has shown at Stanford University, SOMArts Cultural Center and at the Wailoa Arts & Cultural Center in Hilo, Hawaii. www.kimarteche.com 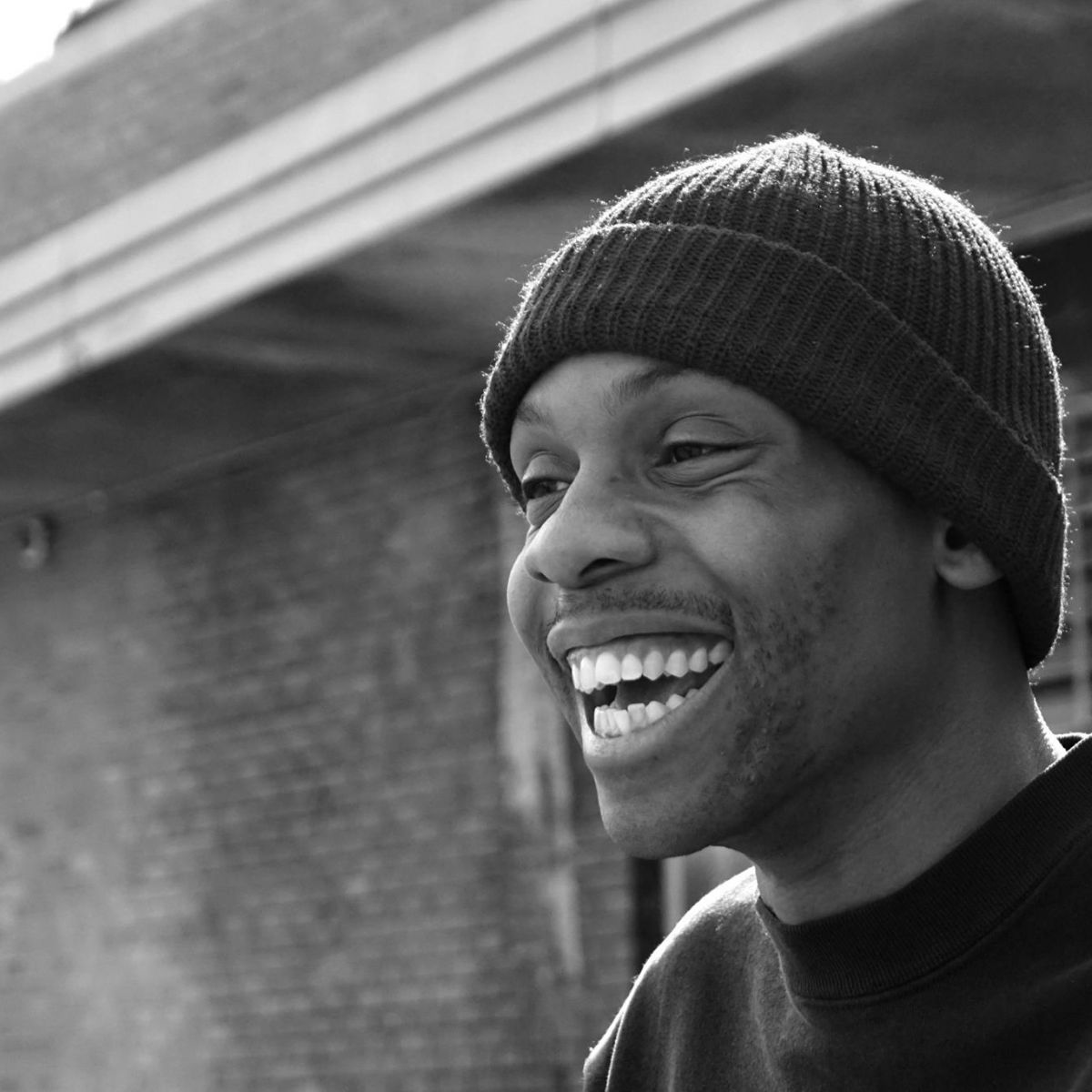 Ryanaustin Dennis (b. Oakland, California) is a writer, curator, and artist based in Oakland. His art practice combines collage, poetry, and performance with a focus on the metaphysics of blackness, the philosophical practice of uncovering the being, property, possibility, and causality of blackness through cultural history. H​e is also the founder of The Black Aesthetic, a seven-week screening series whose mission is to curate and assemble both a collective and distinct understanding of Black visual culture. He is the author of How to Bend a Nigger and Strike: Poems Out Loud. If you’re lucky, you might find him at E.M. Wolfman Bookstore in Oakland. www.theblkaesthetic.com 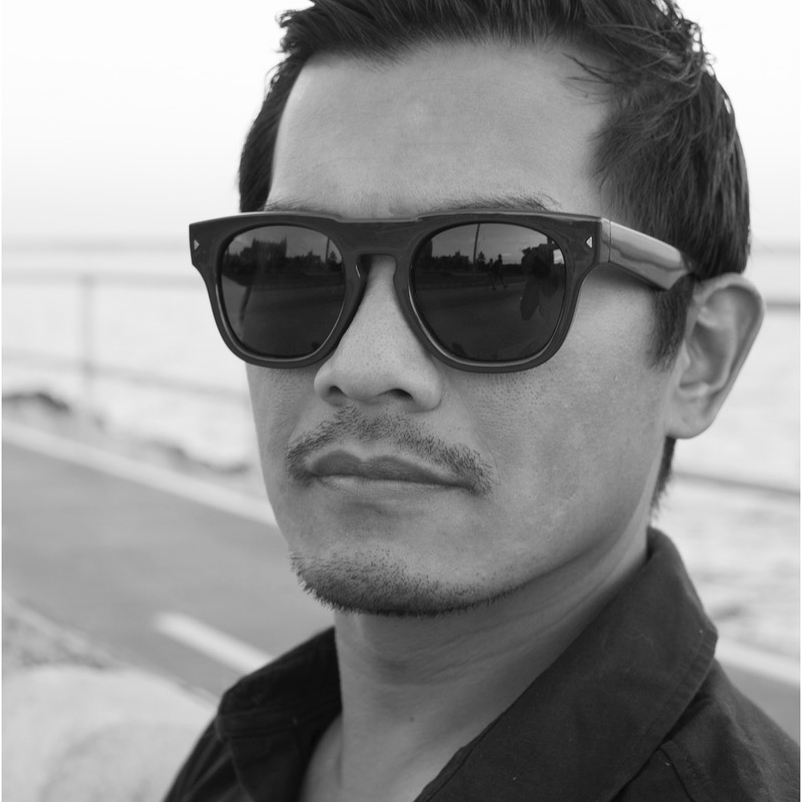 Mik Gaspay (b. Quezon City, Philippines) is an interdisciplinary artist based in San Francisco. Through found objects, painting, and sculpture, Gaspay’s interdisciplinary practice investigates translated meanings of commonplace products and structures. Drawing from the tension between functionality, purpose and language, he conjures up expressions fused from readymade signification, history and uncertainty. His work queries for meanings embedded in the materials within objects we consume and invite into our lives. Gaspay migrated to the U.S. at age nine. He received his BFA in Illustration/Design and his MFA from the California College of Arts (and Crafts). In 2016 he was commissioned to create a public art installation at the Chinese Culture Center, San Francisco. www.mikgaspay.com 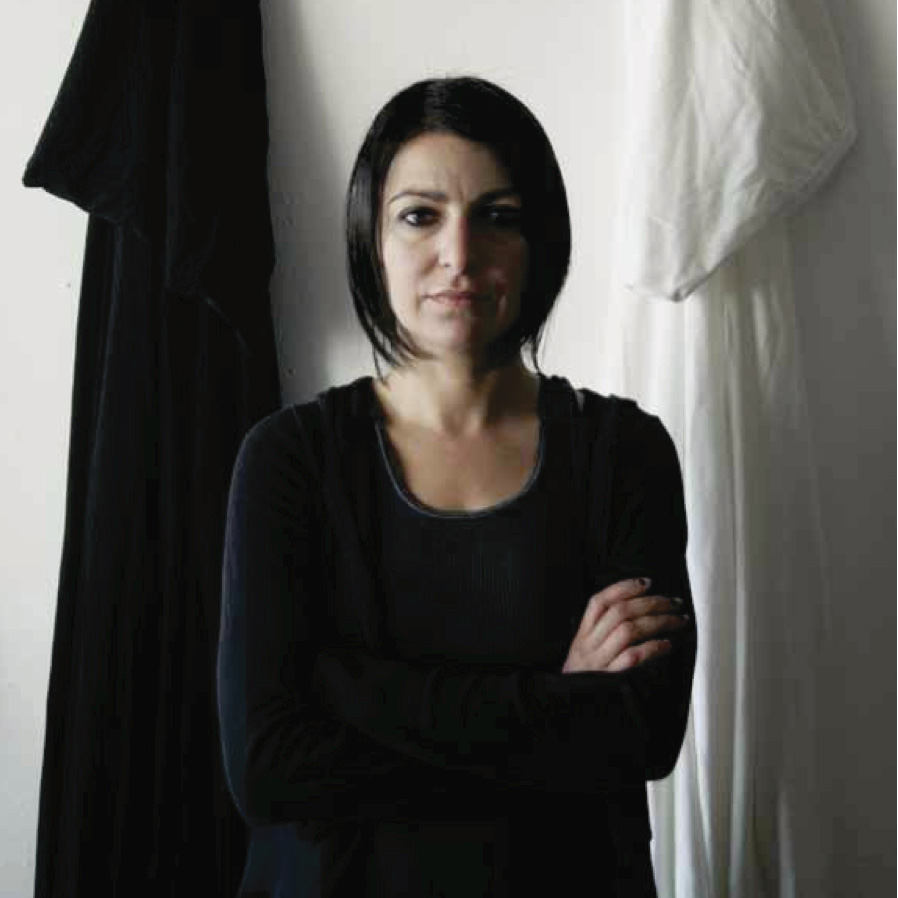 Bessma Khalaf (b. Baghdad, Iraq), an interdisciplinary artist based in Oakland, utilizes photography, video, sculpture and performance to explore the boundaries of landscape, place, and image while employing processes of degradation. Khalaf earned her BA from San Diego State University and her MFA from the California College of the Arts. Her works have been exhibited at Jack Shainman Gallery and the ISE Cultural Foundation, New York; Steven Wolf Gallery and Southern Exposure, San Francisco; Gallery Four, Baltimore; and the 18th Street Arts Center, Santa Monica. Khalaf has been awarded a Murphy Cadogan Fellowship and the Vision From The New California Award in addition to a residency at the Kala Art Institute. www.bessmakhalaf.com 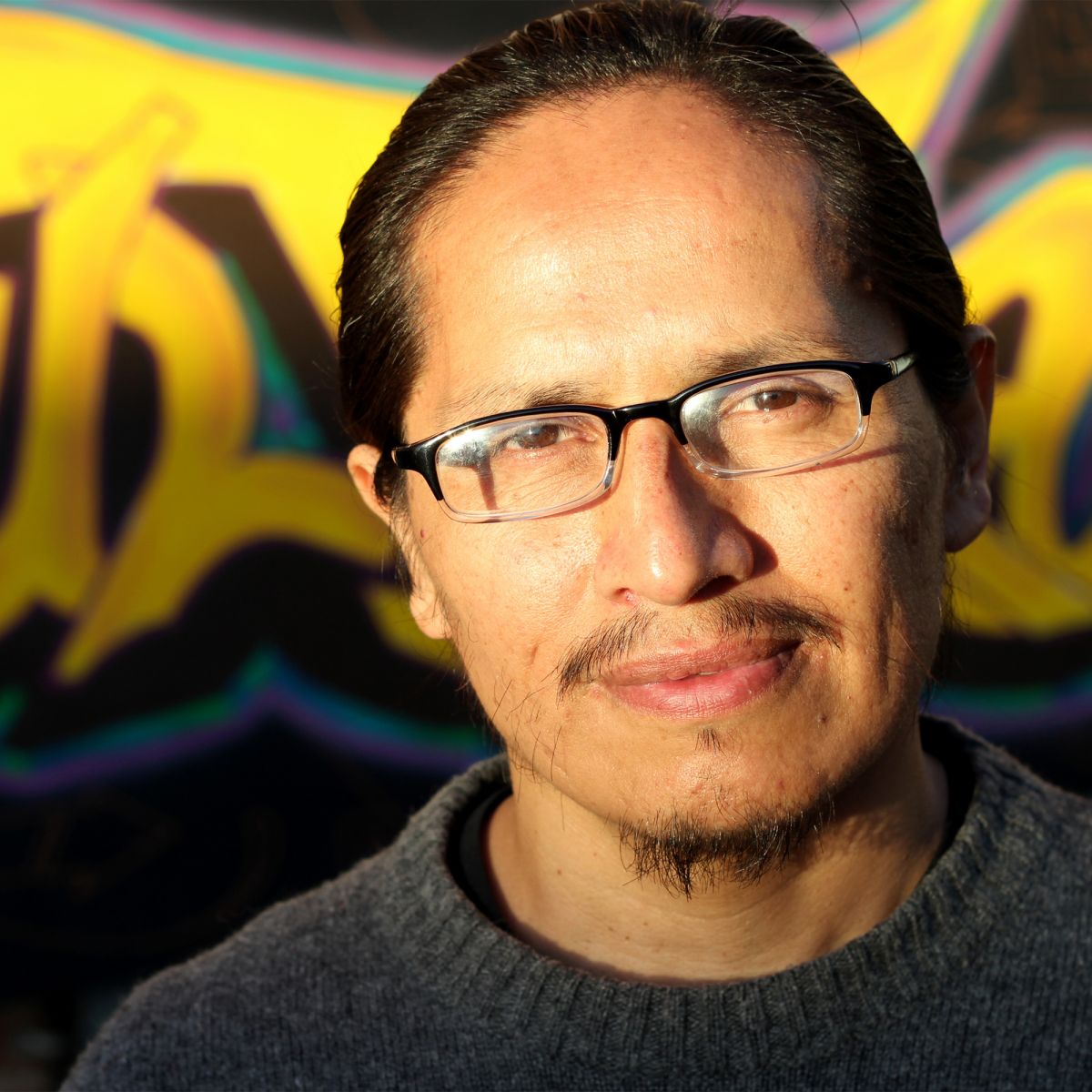 José Navarrete (b. Mexico City, Mexico) is a movement and performance artist based in Oakland. He has taught dance and performance to youth and adults in Mexico as well as in the San Francisco Bay Area. He currently curates and produces the Live Arts in Resistance (LAIR) initiative at Eastside Arts Alliance, which provides residencies and performing opportunities for artists of color in East Oakland. Navarrete studied dance at the National Institute of Fine Arts in Mexico; he received his BA in Anthropology from UC Berkeley and his MFA in Dance from Mills College. In 2004, he was an artist-in-residence at Djerassi in Woodside, CA, and a Bessie Schönberg resident at The Yard in Chilmark, MA; he was the recipient of a CHIME Across Borders Mentorship with Ralph Lemon in 2011. www.nkdancetheater.com 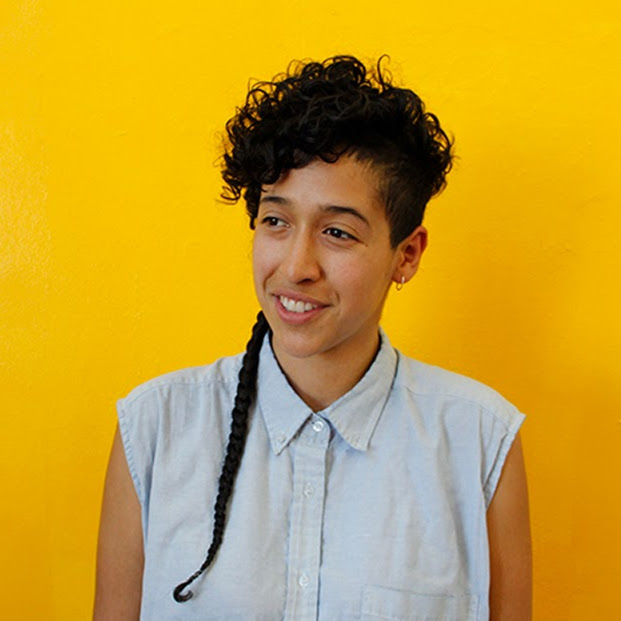 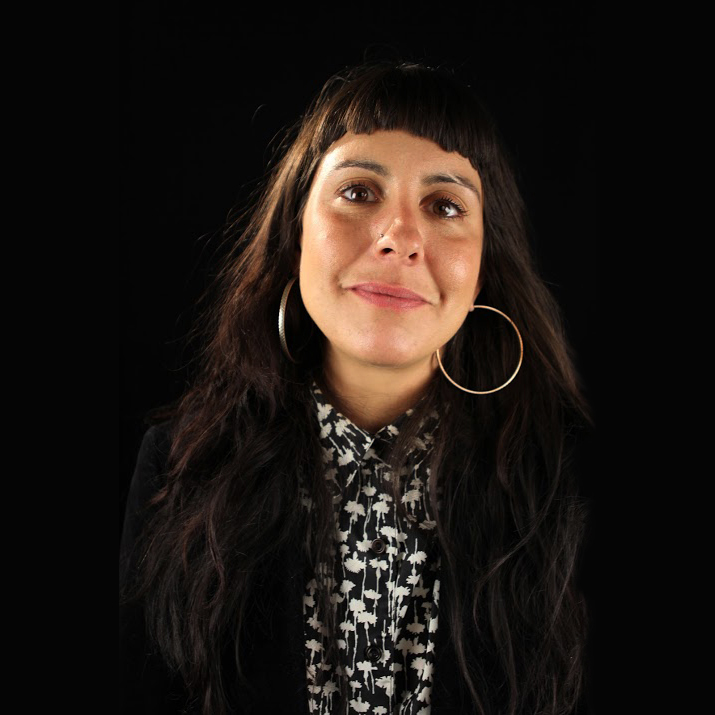 Lauren Marie Taylor (b. Cedar Rapids, Iowa) is a Bay Area conceptual artist. In 2013 she was the first Artist in Residence at the Arecibo Observatory in Puerto Rico. In 2015 she was an Artist in Residence at the American Academy in Rome, working with the Vatican Astronomical Observatory. Recent projects include work at the California Academy of Sciences, Yerba Buena Center for the Arts, and a solo exhibition at Southern Exposure on robots in the Civil Rights Era. Taylor has presented at the Octavia Butler Conference, Science in the Studio Symposium, Bay Area Science Festival, Nerd Nite, Stairwells and more. She was a 2016-17 Equity Fellow at YBCA. She received her BFA from the School of the Museum of Fine Arts Boston, her MEd from Portland State University, and her MFA in Social Practice from the California College of the Arts. www.utopianrealism.org 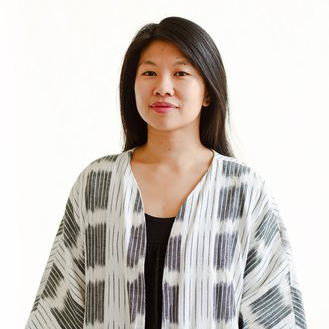 Sophia Wang (b. Oakland, California) is a writer and literary scholar, dance and movement artist, and creative entrepreneur based in San Francisco. She creates and performs movement-based works in collaboration with performance artists, writers, and visual and sound artists. She is a founding member of the Brontez Purnell Dance Company and has danced for artists Xavier le Roy, Tino Sehgal, Jérôme Bel, Xandra Ibarra, and Amara Tabor-Smith. She earned a PhD in English from UC Berkeley, and integrates her research and performance practices through writing and curatorial projects focused on thinking with and as bodies. Since 2015, she has co-produced Heavy Breathing, a discourse and movement workshop series that has featured over 30 presenting artists working at the intersection of somatic, visual art, and pedagogical practices. www.heavyheavybreathing.com